On the contrary: "I have a pretty optimistic sense of what human nature is," he says. Nadia and Saeed, like millions of other refugees leave their countries not by boat or airplane, but through secret doors that, when opened, act as portals, carrying people thousands of miles in only a few steps. Nadia and Saeed don't always know where they will end up when they go through these doors, and the location of doors change, or once discovered, are often sealed off by militant forces.

But, as more refugees use the doors in order to set up camps across the United States and Europe, the entire concept of immigration is rethought. As the concept of nationhood and borders starts to change, the purpose of the doors changes in turn. People begin to use them to return to the places they fled from, to visit loved ones, or to see new places out of sheer curiosity.

Exit West is a powerful reminder of how crucial it is for us to create a world that embraces the free movement of bodies, and see transience not as something frightening or destabilizing but normal, even beautiful. Hamid spoke with me on Skype from his home in Pakistan about the failure nostalgia, the role of the artist in rethinking our future, and what structures we need to embrace an ever-changing present.

The following is an edited transcript of our conversation. Mohsin Hamid: This is something that has been building my whole life. When I was three, my family left Pakistan for California. At age nine I moved back from California to Pakistan. At age eighteen, I went back to America again. At age thirty I went to London. But I think the real genesis was when I moved back to Pakistan from London in So many of my friends and even strangers said to me, "Why the hell did you do that? The tension between that realization and the growing backlash in America and England against migrants was something I wanted to deal with in the form of a novel.

Then, one day, I was probably having a Skype conversation like this and I thought, this little window in my computer is like a literal window. I can see this person, sitting in America. And I thought, what if there really were windows like this, and doors like this that we could actually move through to get to each other. The funny thing is I usually spend a lot of time thinking about the form for my novels, but once I had this idea for the doors the novel just sprang naturally from that.

BNR: Do you see this book as a viable possibility for the future of immigration or migratory patterns? MH: I think that people are going to move.


They always have and that's going to continue. The question is, how are we going to deal with it? In the novel, it's me imagining the next two to three hundred years of migration happening in one year. But I think wars, climate change, all that stuff is going to move people. And so I wanted to say, "What if the migration apocalypse occurs and it isn't an apocalypse at all? I guess the world in the novel is one that I wanted to put forward, not as the likeliest outcome, but as a way to say, maybe the thing we're so terrified of isn't as terrifying as we think.

The paralysis that we have right now when we think about migration is partly because we can't imagine what the world would look like in the future.


So I think it's important for writers and artists to try to imagine that. BNR: That is what felt so powerful about this book. It was actually positing something, not simply exploring a dystopia. MH: I think that's right. I think that right now, the global political crisis that we see all over the place has to do with virulent nostalgia.

Everywhere, people are talking about taking us back to the good old days. So I though it's important to have a non-nostalgic view and say, let's look forward, because if we don't, all we'll hear are voices telling us to go back. BNR: It's making me think about the importance of the artist and imagination in that forward thinking, especially since the first impulse of dictatorships is to shut down art as a way of controlling narratives about time. MH: Yes. Society needs people to be out there thinking of what might be. That cannot be something we just delegate to politicians or technologists.

We need to start imagining the future or it will get imagined for us, and the ways that it has been imagined thus far don't seem very attractive. BNR: This book obviously extends way beyond America and England, but, would you have written this book any differently after the Trump election or post-Brexit? MH: I finished the book in March , so at the time the Brexit vote was still a couple of months away.

There's a gnawing sense among most people it seems to me in most countries I go to, that things aren't going the right way. What I suspect we're going to see now is a long-overdue politicization of people who up until recently thought things might be okay. Because, if we want things to be okay, we will have to make things okay.

BNR: Do you see writing as a political act? MH: I think it's a very political act. I think that any writer who says it's not, is simply a writer who is disavowing the political connotations of what they write. If you're book is set in the plantation days of the slave-owning South and you write a little romance between two slave owners without acknowledging the system they live, that's a political gesture.

That said, I don't think the function of writing, at least for me as a fiction writer, is to say to people, "Here's the answer. Writing a novel is like an amusement park or a museum or a city.

You go into that place and you have certain experiences and those experiences, hopefully, have some impact on you. NYC doesn't have a big sign saying "You must love diversity and the rights of all people. What makes you love diversity is because you live in it and you experience it. And I think fiction allows you to inhabit new domains and it's you, the reader living in that domain for a few days that results in a deeper understanding as opposed to the novel proclaiming this is what it is right and this is what is wrong.

BNR: I was interested in the scene in the book in which a man willingly passes through one of the doors. It made me think about the privilege of being driven to migrate out of pure curiosity versus survival. How did you come up with that scene? MH: I wanted to explore different kinds of migrations and journeys. There are people in the novel who are driven by terrible circumstances to move, there are others who are just curious, there are other people who are themselves not moving but watching other people come to where they are, and there are some characters who we get a sense of very briefly over a large swath of time and we recognize that they haven't actually moved in geography, but they've moved through time and the town that they grew up in is not the town that they live in anymore.

I think this idea of migration through time is very important because every human being does that and it unites us with people who migrate through geography. BNR: Do you think it's necessary to disassemble the idea of the nation in order to change the immigration narrative? MH: I think it's going to happen. I think it was happening, but the problem was that we were, to a certain extent, disassembling the nation without empowering anything else in its place.

We're being subject to incredible amounts of surveillance, the police are taking on draconian powers and violating our rights. I think this attempt to protect ourselves is ultimately going to founder because people don't like living inside prisons. So, I expect the next question after that will be, "What do we do now? All of this stuff requires new kinds of infrastructures. But, basically it boils down to: we're going to have to try something else. BNR: What was so beautiful about the book was the way you showed the transitory nature, not just of humans in space, but of familial connections, of sexual identities, even of love.

MH: Yes, exactly. My question was, how do we create an emotional context where transience can be seen as more normal and less frightening? Because transience is what is normal. The problem is that we are busily trying to create political structures and cultural expressions that deny that and to deny that is to deny the basic idea of what is human. What used to help us to cope with transience was stuff like, extended families all living in one place, or very strong religious beliefs, or a tribe that would outlive you. That stuff is getting weaker.

With movement, families get split. With the politicization of religion, spirituality gets diluted. 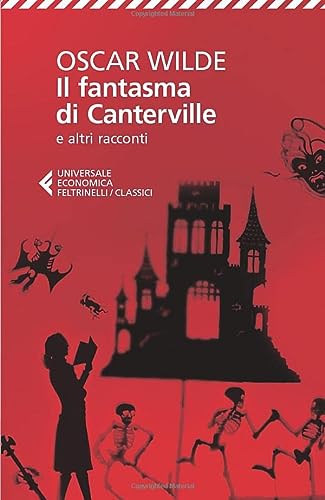 With people intermarrying and falling in love outside of pre-existing defined groups, the tribe is disappearing. I'm not in favor of going back to those things, as I said, but you can't take those things away without putting something new in its place. So finding a way to make transience more acceptable, even beautiful is key. And, as you say love is transient even on a very personal level. We lose everyone that we love. Sometimes we drift apart and sometimes we die.